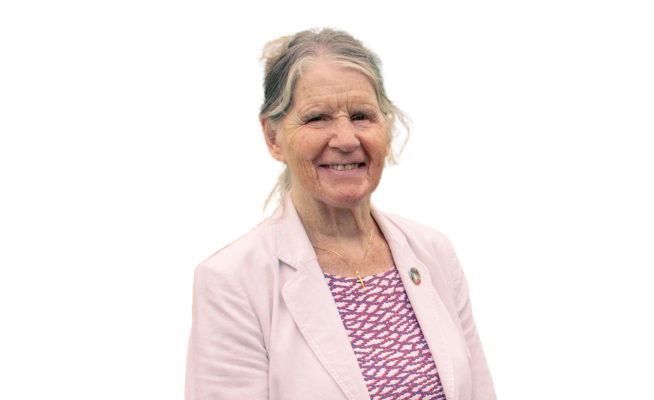 Sr Stanislaus Kennedy, or Sr Stan as she is affectionately known, is a visionary and social innovator and a member of the congregation of Religious Sisters of Charity since 1958.

In the 1960s Sr Stan was missioned to Kilkenny to work alongside Bishop Peter Birch in developing Kilkenny Social Services where she remained for 19 years. In 1974 the Irish Government appointed Sr Stan as the first chair of The National Committee on Pilot Schemes to Combat Poverty, in Ireland and in 1985 the European Commission appointed her as transnational co-ordinator in the European rural anti-poverty programme working right across Europe.

Moving to Dublin in the early 1980s Sr Stan tackled one of Ireland’s most neglected social inequalities – homelessness. In 1985 Sr Stan established Focus Point which is now Focus Ireland, the biggest national, voluntary organisation helping people to find, create and maintain a home.

Sr Stan went on to found a spirituality centre in Dublin City known as The Sanctuary in 1998 and in 2001 the Immigrant Council of Ireland (ICI), an independent national organisation working to promote the rights of immigrants.

Sr Stan has also written thousands of articles that have been published in Ireland and elsewhere. She lectures on social issues and policies, is a frequent keynote speaker at many events and regularly gives talks to many diverse groups in Ireland, Europe and beyond.